The Wachholz family name has over 100 years of tradition in the funeral business. In the late 1800's, Rudolph Wachholz opened a funeral business in Westfield. He later attended the Johnson School of Embalming in Milwaukee and graduated in 1915. At that time, it was not required to have a license to become an "undertaker". In 1922, Rudolph purchased the furniture and funeral business of A.A. "Shorty" Sommerfeldt in Princeton. Rudolph's son, Herbert L. Wachholz, joined his father in the business after graduating from the Goodman Mortuary School in Milwaukee in 1927. At that time, Herbert was the youngest licensed embalmer in the state of Wisconsin. Herbert married Beatrice Giese, together they had a daughter, Bonnie, and two sons who would later join their father in the business, Herbert Wachholz Jr. and Warren Wachholz. In 1939, Herbert Wachholz Sr. purchased the Wegenke funeral home in Neshkoro. 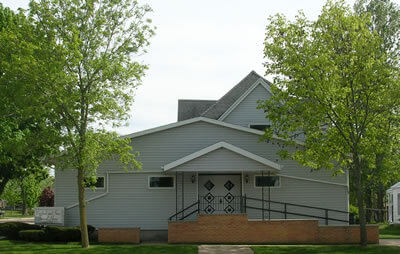 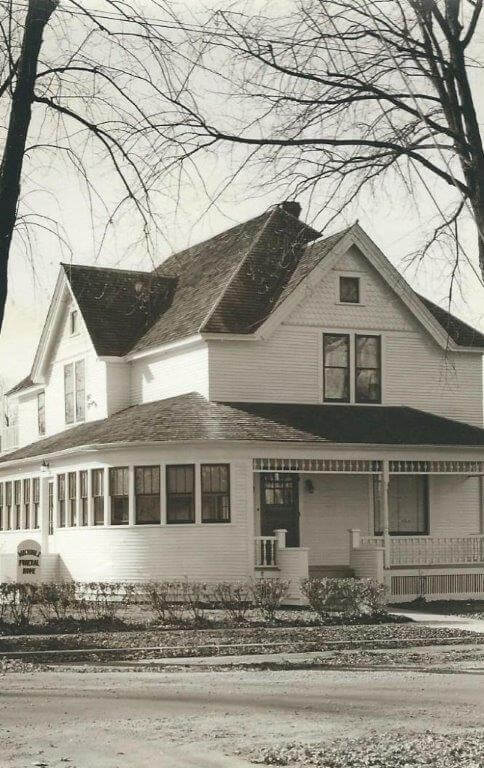 Wachholz and Sons Funeral Home in 1940

A need grew for a larger facility at the Princeton location. In November of 1940, they had a formal grand opening of the new Wachholz and Son Funeral Home in Princeton on Harvard Street, which is our current location today. Both Herbert Wachholz Jr. and Warren Wachholz attended the Wisconsin Institute of Mortuary Science in Milwaukee, Herbert Jr. graduating in 1951, and Warren in 1958. It was at that time the Princeton funeral home name was changed from Wachholz and Son Funeral Home to Wachholz and Sons Funeral Home. Warren's son, Todd Wachholz, became part of the Princeton funeral home as a licensed funeral director after graduating from Milwaukee Area Technical College in 1984. In 1999, the decision was made to close the furniture store and work solely as a funeral business. Todd's wife, Jessica, joined the funeral home as the office manager and funeral assistant in 2000. Sadly, Herbert Wachholz Jr. passed away on January 20, 2011 and Warren Wachholz passed away on September 29, 2020.

In June of 2012, as part of our dedicated service to you, Wachholz and Sons Funeral Home added a Wisconsin licensed on-site cremation center. Working to meet the needs of the families in our area, with our cremation center, your loved one never leaves our care. In 2013, we once again updated our facility by remodeling and adding technical advances to be able to meet the needs of the families we serve. Serving your community since 1922, we are here to be a source of comfort and strength in your time of need.

A year of daily grief support

Our support in your time of need does not end after the funeral services.  Enter your email below to receive a grief support message from us each day for a year.  You can unsubscribe at any time.